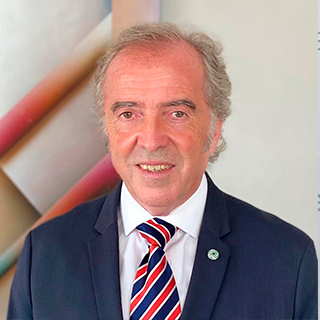 Jorge Daniel Pérez Esquivel defines himself as an advertising passionate, bold and innovative.

He joined the Merco team in 2013, but until then has had a long professional career. He started in the former Pragma FCB (today FCB Worldwide) and was in charge of developing the agency’s promotional actions, achieving great successes which allowed him to travel the country installing the idea that with good promotional ideas, memorable results could be achieved. From founder and vice president of MP&M Comunicación, pioneer agency specialized in promotions, public relations and press, he went to play a fundamental role in the Telefónica team as director of communication and image, winning important awards in all areas of marketing communication and reaching third place in the most desired brands in Argentina. With time, and with the possibility of being able to dedicate himself to advertising again, he became the General Director of Stad Publicidad, where he confirmed the idea that advertising is studied, but also it is felt, and he realized that both the passage of time and new technologies created the need to transform in the conception of services and that communication was no longer unidirectional.

Seeking to innovate on the search of new paradigms in the construction of brand value, it was how he met Merco and joined the team, guiding since then the fate of the monitor that has become the benchmark ranking for journalism and leading companies from Argentina and Uruguay.

In addition, he is a founding member of DIRCOMS Argentina and CONARP, and a member manager in different organizations such as the Asociación Argentina de Agencias de Publicidad and the Revista Imagen, among others.

Jorge has a degree in Advertising and Communication from the Universidad del Salvador.